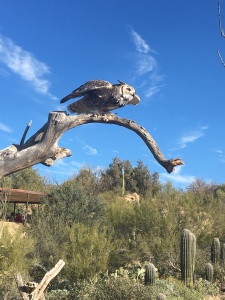 At a wedding last weekend I sat near a curvy, beautiful woman with a deep voice who radiated a wild and warm confidence. She was free with opinions and didn’t care what others thought; an artist expressed admiration for a specific modern museum and she laughed outright.

She moves through the world in a way I don’t. My voice doesn’t project; I need a mic when giving a talk. A friend once described my narrow body, turned sideways, as like a piece of paper he could slip into his bookshelf. The wedding woman claims space in the world with her solid belief in herself. I claim space in the world by distilling it into stories made of all the ways it overwhelms me. Nonetheless we are alike, both of us caught inside the cathedral, singing inside the song.

In those days, there was a woman in our circle
who was known, not only for her beauty,
but for taking off all her clothes and singing opera.
And sure enough, as the night wore on and the stars
emerged to stare at their reflections on the sea,
and everyone had drunk a little wine,
she began to disrobe, loose her great bosom,
and the tender belly, pale in the moonlight,
the Viking hips, and to let her torn raiment
fall to the sand as we looked up from the flames.
And then a voice lifted into the dark, high and clear
as a flock of blackbirds. And everything was very still,
the way the congregation quiets when the priest
prays over the incense, and the smoke wafts
up into the rafters. I wanted to be that free
inside the body, the doors of pleasure
opening, one after the next, an arpeggio
climbing the ladder of sky. And all the while
she was singing and wading into the water
until it rose up to her waist and then lapped
at the underside of her breasts, and the aria
drifted over us, her soprano spare and sharp
in the night air. And even though I was young,
somehow, in that moment, I heard it,
the song inside the song, and I knew then
that this was not the hymn of promise
but the body’s bright wailing against its limits.
A bird caught in a cathedral—the way it tries
to escape by throwing itself, again and again,
against the stained glass.

For more information about Danusha Lameris, please check out her website

One thought on “Poem of the Week, by Danusha Lameris”