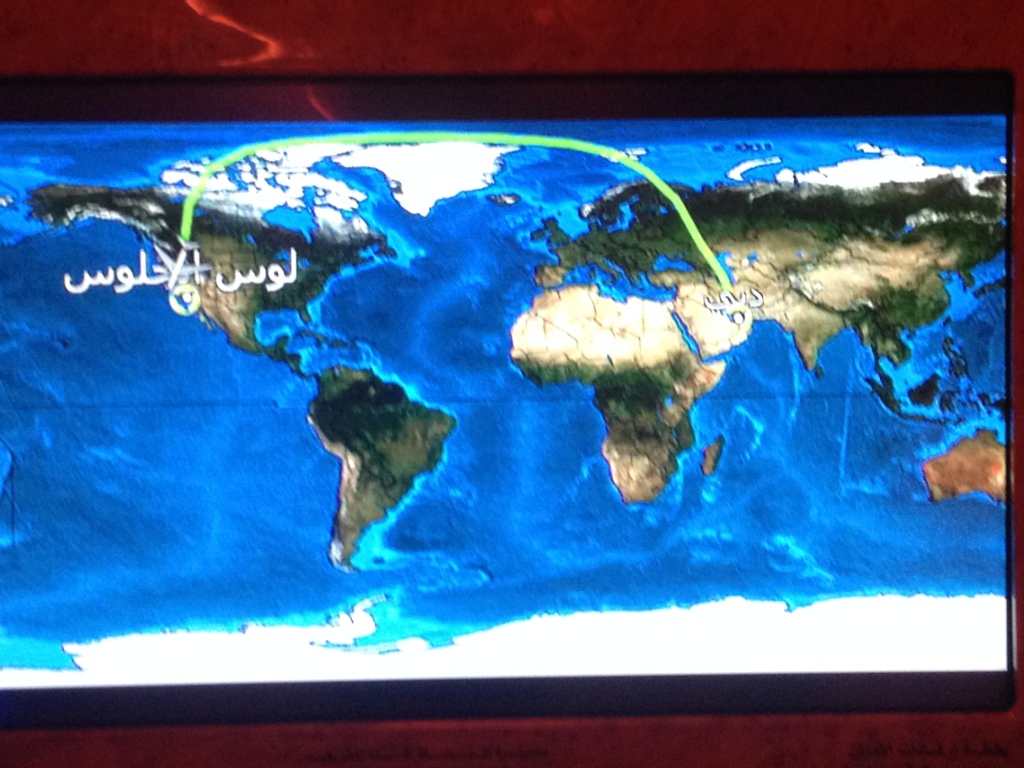 That the flight from Los Angeles to the United Arab Emirates is one of the longest nonstops in the world. And that the flight path is not over the Pacific but a huge arc over the United States, Canada, the far, far north and then south, something you figured out only when, a couple hours into the flight, you looked out your window and thought, Wait a minute, I recognize those mountains! Those are the Rockies!

That when given a writing prompt – write about a place you love, using all five senses to describe it – children the world over, no matter their religion or dress or gender, will write about their grandmother’s kitchen or their favorite playground or a place their family goes on vacation or their bedroom, where they are surrounded by their books and toys and stuffed animals.

That if you are given the chance to head to the desert for an excursion that involves camels, slaloming down enormous dunes in four-wheel drive vehicles with half the air let out of their tires, a henna tattoo, a turn at a hookah, a Sufi spinning dancer and wandering around the shifting sands of shifting dunes and thinking about everything that lies beneath that shifting sand, you should do it.

That if the quiet young driver of the car ferrying you from the Expo Center to the hotel late at night suddenly asks if you have ever tried traditional Arab tea, and you tell him you haven’t, and he asks if you want to try some, say yes. Then sit in the back seat of the car as he leaves the highway and drives here and there on the twisting narrow streets of an unfamiliar neighborhood. Think about the trust we place in other human beings every minute of every day: That our cars were assembled with care, that the pipelines and poles that bring us fuel and electricity will hold, that the food we eat isn’t poisoned, that the stranger driving you down unfamiliar streets in an unfamiliar country speaking a language you wish you could speak but don’t will take care of you. Watch as you pull into a tiny fluorescent-lit shop and a man comes out to the car and your driver tells him “two teas” or what you assume is “two teas” because the man nods and goes back to the shop and comes back with two small styrofoam cups brimming with fragrant tea. When the driver hands you one of them, take a sip: scalding black tea steeped with lots of sugar and evaporated milk, from the taste of it anyway. Tell the driver it’s delicious, because it is, and see the smile spread across his face. Drink the entire cup on the way back to the hotel and then tell him again how good it is, and thank you thank you thank you, and then accept his own untouched cup because he sees how much you loved yours, and nod and smile when he tells you his name and that if you want more tea, he will take you back to the shop. 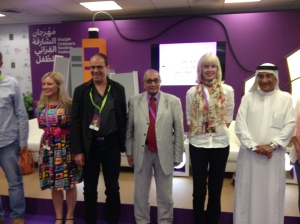 That you can generally count on being the tallest woman, if not the tallest person, in any given photograph. 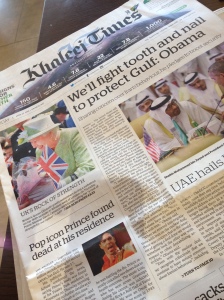 That the death of Prince, which struck you hard and fast when you read about it in the middle of the night, was shared by fans across the world. 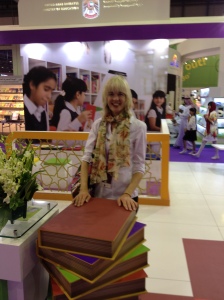 That wandering from display to display in a festival filled with books in Arabic is an experience that a) makes you wish you could read that lovely-to-look-at language and b) brings you back to early childhood, before you knew how to read, when all you focused on were the illustrations and the book cover, and how that focus is, when you think about it, as meaningful as the words themselves.

That while you assumed that the Burj Khalifa, the tallest building in the world, might be a little taller than the other tall buildings you’ve seen –the Sears Tower, the Empire State Building– it is actually much, much taller. 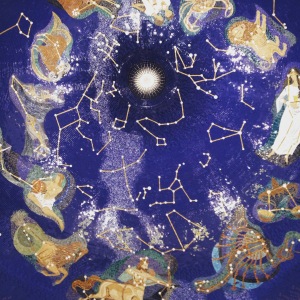 That the Museum of Islamic Civilization is enlightening and informative and also beautiful. 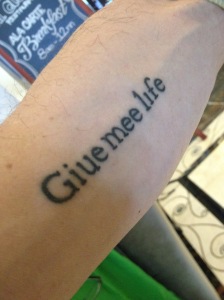 That no matter where in the world or upon whose skin a tattoo is glimpsed, the story behind that tattoo is often one of life – the appreciation of it, the longing for more of it, an inked memorial to a loved one who lost theirs. 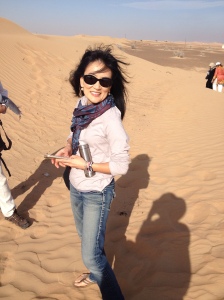 That sometimes friendships are instant, as when, three minutes into conversation, the writer next to you asks you to describe each of your children in a single sentence that captures their essence, and you hop to because what a delightful assignment. And when another writer and you discover, during the course of a few hours spent wandering the souk and talking and bargaining for scarves together, that your similarities are uncanny. 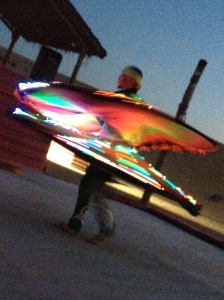 That the sight of a Sufi dancer spinning in the desert on a starry night is mesmerizing.

That your shame and embarrassment and apologies over the ongoing hate speech and condemnation of Muslim people by a prominent presidential candidate from your country –as if all followers of Islam, a religion practiced by 1.5 billion people in the world, the biggest religion in the world, are ISIS– will be met, in general, by understanding and sympathy because the people you meet at the festival live in, or are originally from, countries like Iran and Iraq and Pakistan and Syria and Egypt, places where the government has often enacted policies at odds with the living and breathing humans who must live and breathe under those policies. 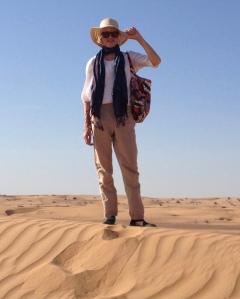 That in the course of a long, intense and beautiful conversation between a fascinating Pakistani doctor /writer and her equally fascinating daughter, in which you learn that 40% of Pakistanis are illiterate, the daughter –whose English is perfect and whose love of reading seems to exceed even the hundreds of writers at the festival’s love of reading — will suddenly exclaim that when she watches British and American movies she sees houses filled with bookcases and books and feels intense jealousy because So Many Books!, you will picture your own house, filled with bookcases and books, and feel a different, unfamiliar kind of gratitude for them.

That when you get on the plane at the end of the week for that 16-hour flight back to your own country, you will be thinking about the kindness and generosity of literally everyone you met during your week in Sharjah. And how, when you tried out the four phrases of Arabic that you had attempted to memorize, including “Peace be with you,” the phrase that came back to you was “And the same to you.”